Ben Wille joined the IPS Supported Employment program in late 2014. Ben was new to the area and he did not have huge expectations for employment. He just wanted a job in the community that had structure and predictability. Ben wanted a job that was predictable so that he could get into a routine on the job and begin to work through some issues with anxiety that he was learning to deal with. At times, his anxiety was so severe that it was difficult for him to function. 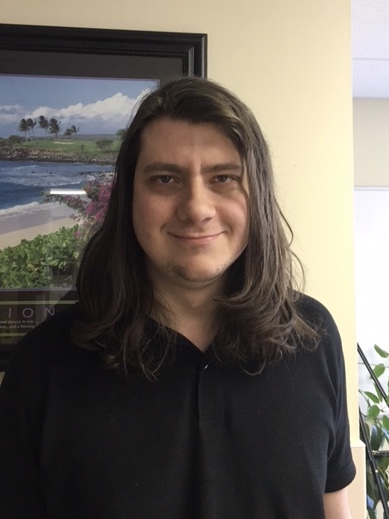 With help and support from the IPS program, Ben began to apply and interview for jobs in the community. Ben was hired by Grand View Property Management, and placed at the TRF Post Office, where he began working as a janitor in March of 2015. He liked the fact that the job was repetitive, and that he did similar tasks everyday. He also enjoyed the independent nature of the job, as he was good at managing his time and was more comfortable working on his own. He was also able to use his analytical skills to figure out ways to do the job quickly and efficiently. Ben soon mastered the skills required on the job, and he gained confidence with each passing day.

As Ben’s confidence grew, he began to think that he could handle a more challenging job, one that would allow him to use the skills that he had learned on the job, and the tools he had learned to manage his own anxiety, to help others with similar issues. With a leap of faith and assistance from the CBS program at Sanford Behavioral Health, Ben enrolled in, and completed, a 2 week intensive training in Bemidji in order to become a Peer Support Specialist. He did very well in the class and received his Peer Support Specialist certification this past summer. His persistence paid off, and in October of 2016, Ben was hired to be a Peer Support Specialist at Northern Light’s residential facility in TRF.

Let us know how we can help